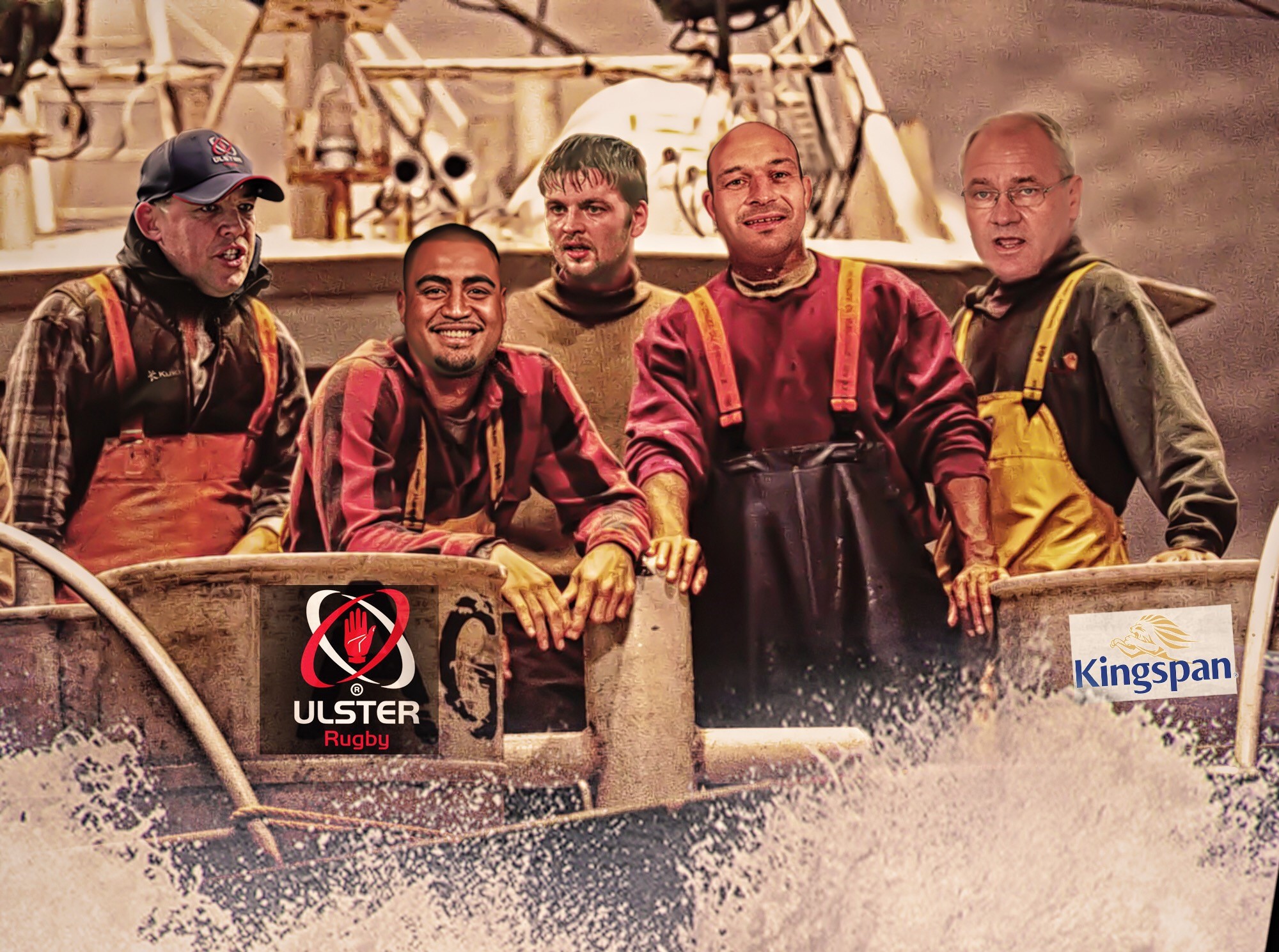 At the risk of using a painfully drawn-out metaphor, last season Ulster Rugby were like the doomed fishing boat captained by George Clooney in the 1998 movie, ‘the Perfect Storm’. A dark and sinister cloud hung over Kingspan for months before turning into a full-blown media storm. Ultimately, as media furore and fan protests battered the boat like gale force winds, two crew members were forced to walk the plank.

The ship’s captain, Shane Logan, couldn’t quell his mutinous crew and was thrown overboard. The first mate, Jono Gibbes, jumped from what he thought was a sinking ship (and, fortunately for him, was picked up by a passing French cruise liner). As the arduous journey continued the ship started to take on water. The remaining crew desperately tried to bail water and plug the leaks. Amidst the chaos, the brass band gallantly stood on the top deck and continued to play ‘Stand Up for the Ulster Men’ over the noise of the panic below. The stricken vessel eventually crawled back to shore (Champion’s Cup Qualification) and the weather beaten and injury ravaged crew emerged and kissed the land, thankful to have survived the tumultuous voyage.

In short, it was a difficult season.

Having now almost exhausted the metaphor, it is time to climb to the crow’s nest and look ahead to the horizon with a sense of renewed hope and optimism. Here are the 5 reasons Ulster fans should be looking forward to setting sail once again this season: 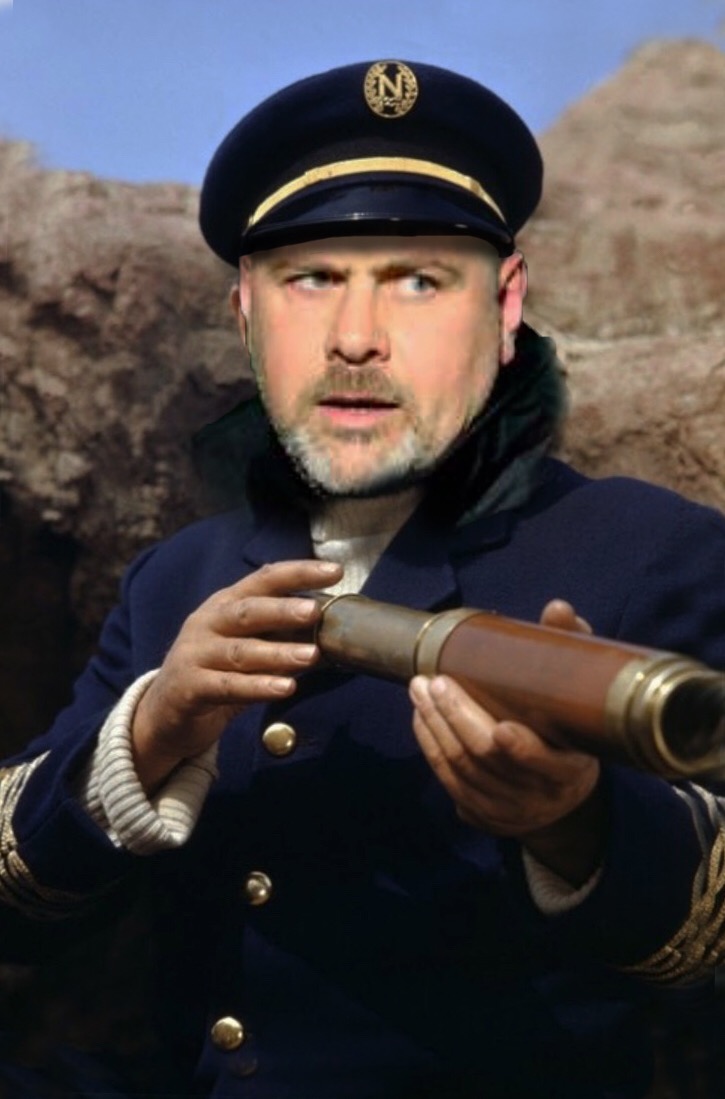 In the past few seasons Ulster have seen more coaches come and go than a busy Megabus terminal. This has undoubtedly contributed to several disappointing seasons on the pitch. Ulster now need someone to steady the ship. To some, after weeks of speculation about Ulster’s new head coach, the appointment of Scotland’s forward coach was an anti-climax. However, McFarland has a stellar reputation as a forwards coach. He is credited with transforming the Scotland pack – no easy task – which resulted in a vastly improved showing at the 6 Nations. He also has an impressive track record at Connacht, Ireland u-20s and Glasgow Warriors, all of whom enjoyed success during his tenure as coach.

This will be McFarland’s first head-coach role and he will undoubtedly be relishing the chance to restore pride in the Ulster jersey and nurture the development of the young squad. Crucially, it seems like he actually wants to be here, unlike a certain recent head coach who shall remain nameless (let’s just call him Jono G). His top priority will surely be to create a dominant, imposing pack as he has done elsewhere. As the saying goes, the forwards decide who wins the game, the backs by how much. The extent to which he is successful in moulding the pack into a cohesive unit and tightening up the set-pieces will dictate Ulster’s success this season.  Crucially, the new coach must be given the support of fans and Ulster Rugby Management in this period of transition in order for him to do his job properly and help navigate Ulster through choppy waters this season. 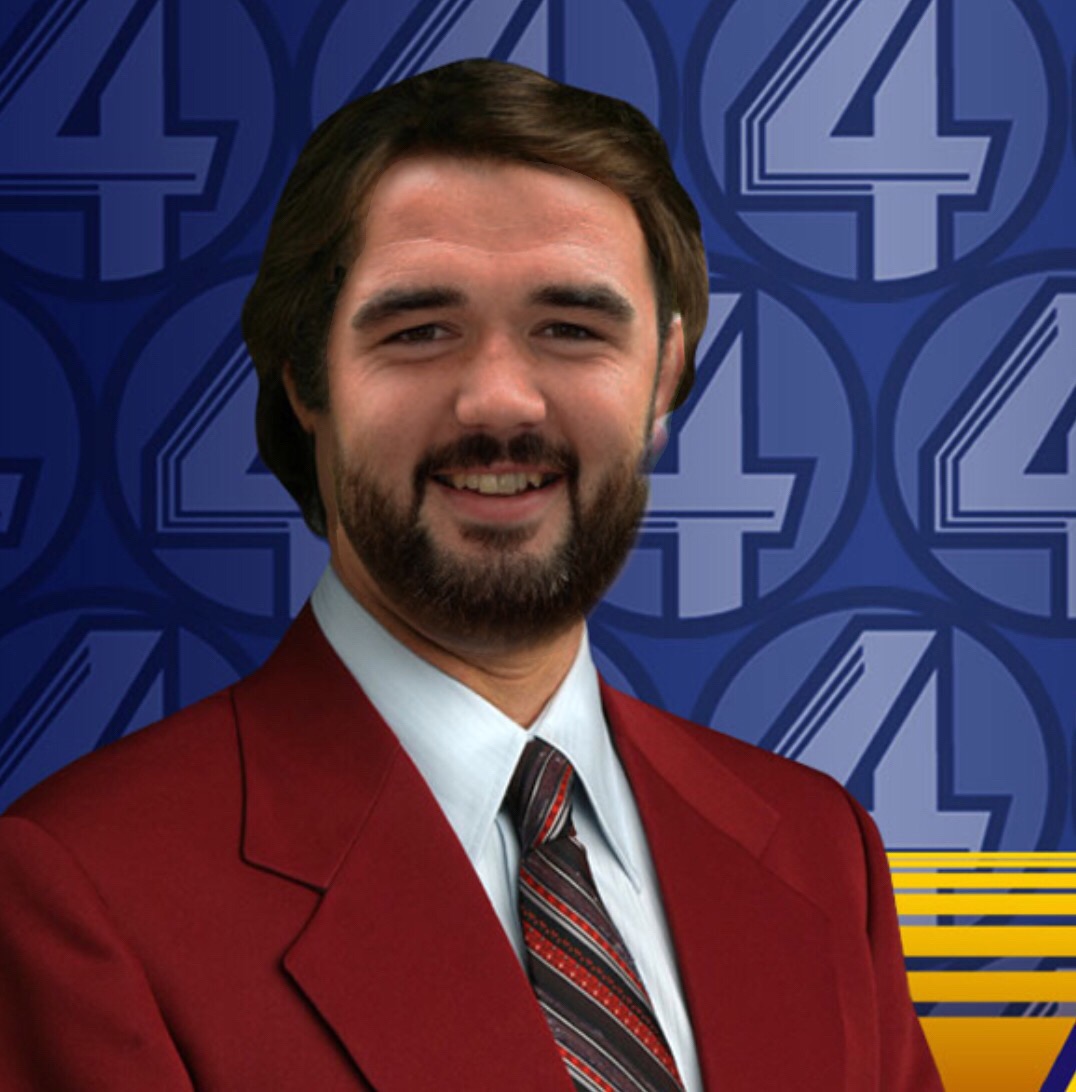 Contrary to popular belief, props are not (just) fat blokes waddling around the pitch and occasionally leaning into each other for a rest in the scrum. The tight-head prop is the cornerstone of any good team yet so often the importance of their work goes unnoticed. As a wise man once sang, ‘You don’t know what you got till it’s gone’. Indeed, Ulster’s decline over the past few seasons could arguably be traced back to John Afoa’s departure in 2014. Sadly, Herbst has struggled with injury and form since his arrival.

Unfortunately, the less said about Rodney Ah-you (Ah-no!), the better. Tom O’Toole and Ross Kane have deputized well when called upon however it would not be fair to expect either one to nail down the position at this stage of their career.

In Marty Moore, Ulster have signed a prop with good pedigree – someone who can provide a solid platform. He doesn’t offer the same dynamism of Tadgh Furlong, for example, but he should prove a more than capable anchor, preventing the Ulster scrum from moving backwards. He is clearly ambitious – his willingness to move to Ulster is a clear indication he is aiming to be in contention to join the Ireland squad in Japan for the World Cup next summer. The big man could prove to be Ulster’s most important new recruit. 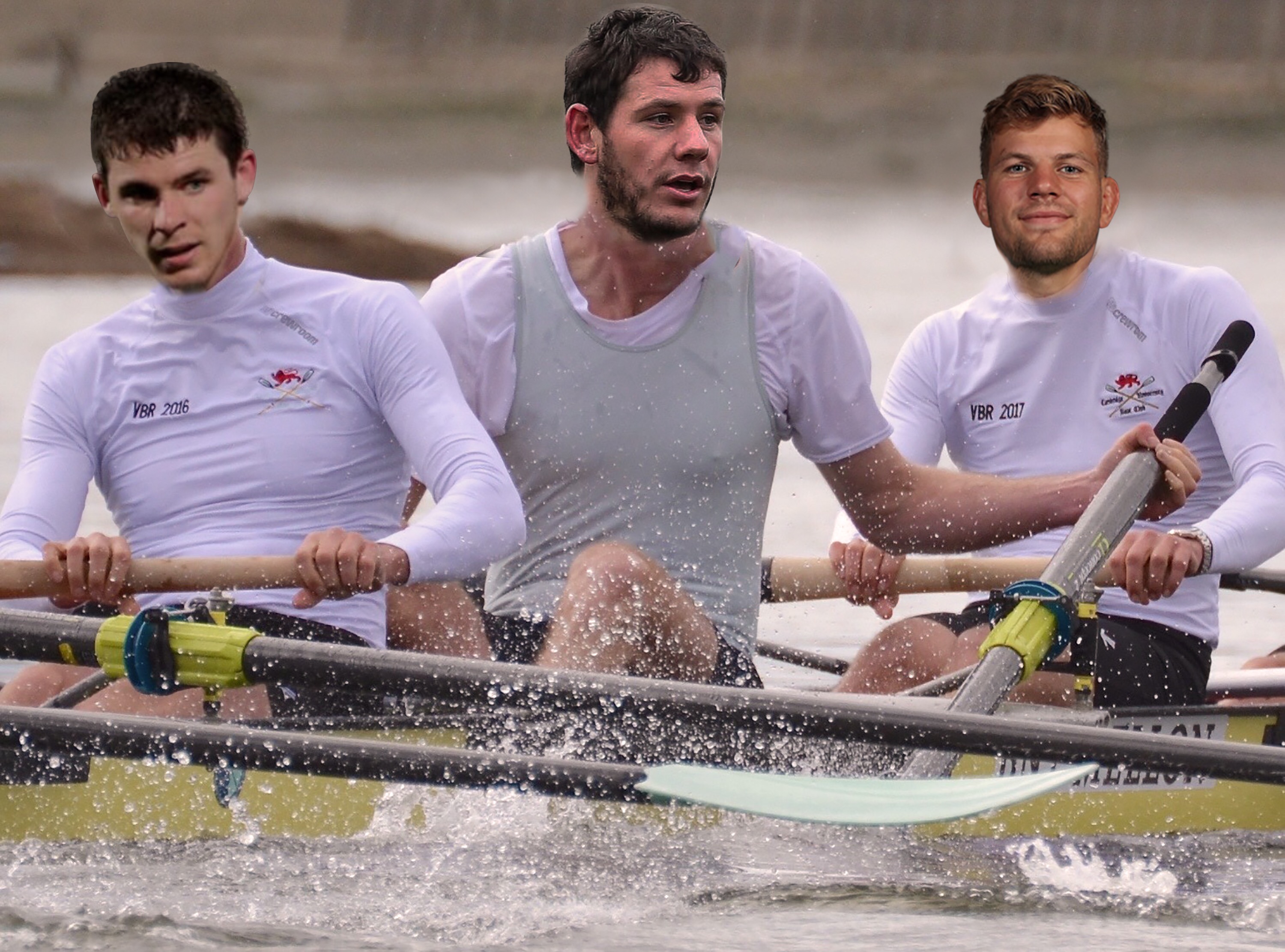 Sadly, Marcell Coetzee’s first season at Ulster lasted about as long as a ‘Rodney Ah-you’s Greatest Matches’ DVD. Thankfully, ‘He of the Glass Knee’ is back from injury and will hopefully be like a new signing. Jordi Murphy will also be like a new signing (mainly because he is). Murphy hit a rich vein of form last season and will hopefully be able to carry that momentum into his time with Ulster.

Timoney is an exciting prospect – fast, dynamic and a strong ball carrier – and was definitely one of the few success stories last season. The departed (not dead) Nick Williams, for all his faults, was a wrecking ball with the ball in (one) hand and Ulster have lacked a ball carrier similarly capable of punching holes and drawing in defenders since he left. Like the new Glider busses, three have now come along at once. Also, with Henderson capable of stepping in at 6, a dedicated poacher in Reidy at 7 and the experience of Deysel and Henry waiting in the wings, Ulster now have genuine depth in this department for the first time in a long while.

4. A new wave of young players 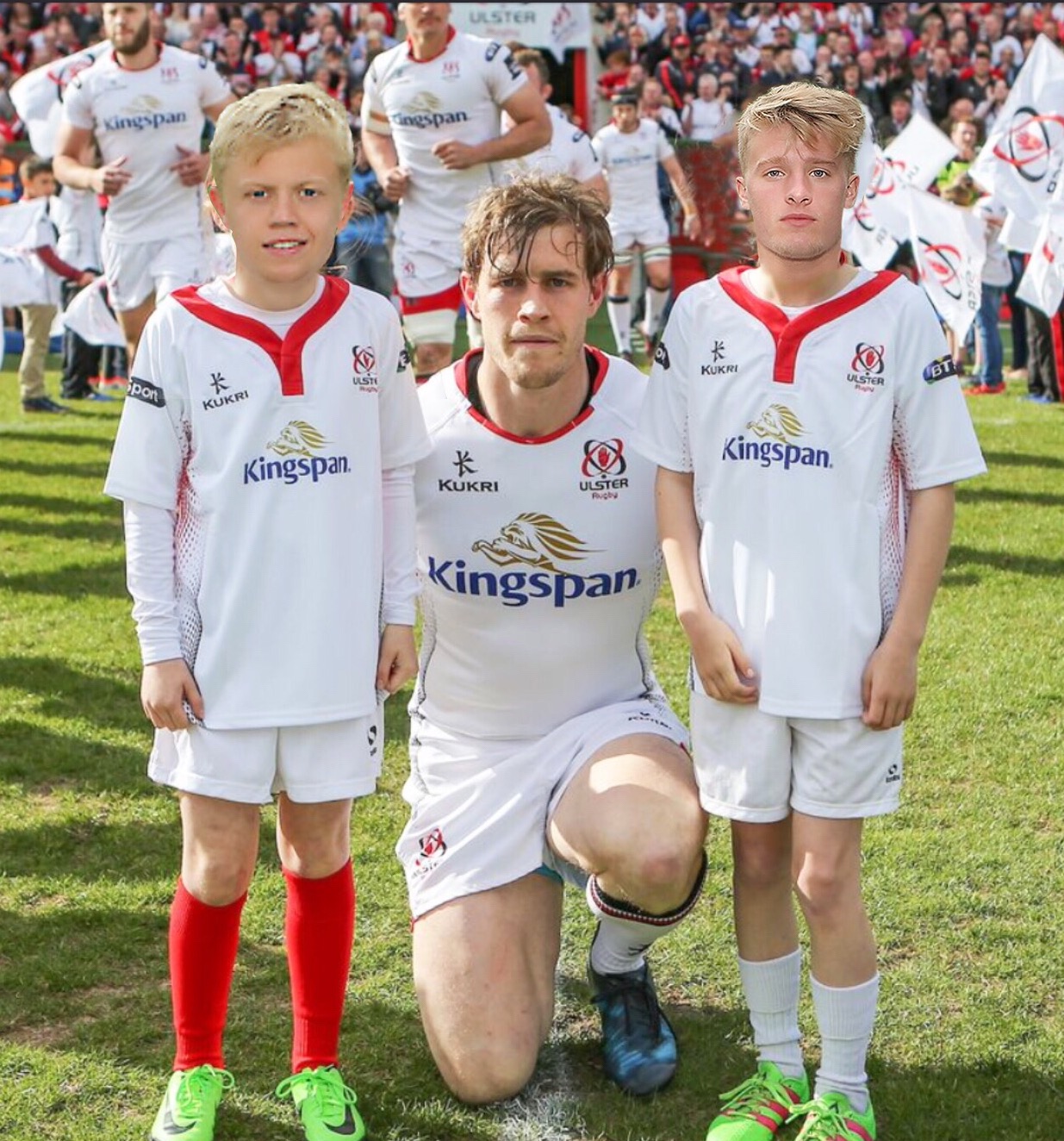 ‘Crisitunity’ – noun – a Chinese word referred to by Homer Simpson that means both crisis and opportunity. There was a massive crisitunity at Ulster last season. Some of the squad’s best players and most loyal servants – Trimble, Bowe, Marshall and Payne – were on the wind-down to retirement and the squad was depleted through injury. A number of bright young prospects stepped up from the fringes and took their chance with both hands. One of the positives to salvage from Ulster’s ‘annus horriblis’ 2017-2018 season, is that this wouldn’t have been possible in more favourable circumstances. McPhillips had an excellent end to the season and his battle with Billy Burns for the number 10 shirt will be an interesting one.

Matty Rea looked impressive as did Tom O’Toole, both of whom surely have a very bright future. Shanahan and Rob Lyttle (pictured) are small in stature but big in talent. A number of guys are ready to step up from the academy and it appears as though Michael Lowry, James Hume and Angus Kernohan are the pick of the bunch. One of Ulster’s main problems has been the dearth of home-grown talent in recent years. Contrast this with Leinster who have produced so much talent Ulster have been the grateful beneficiaries of their cast-offs. It appears as though the next generation of Ulster players coming through the ranks signals a sea-change as Ulster seek to nurture and develop local talent rather than rely on short-term imports. 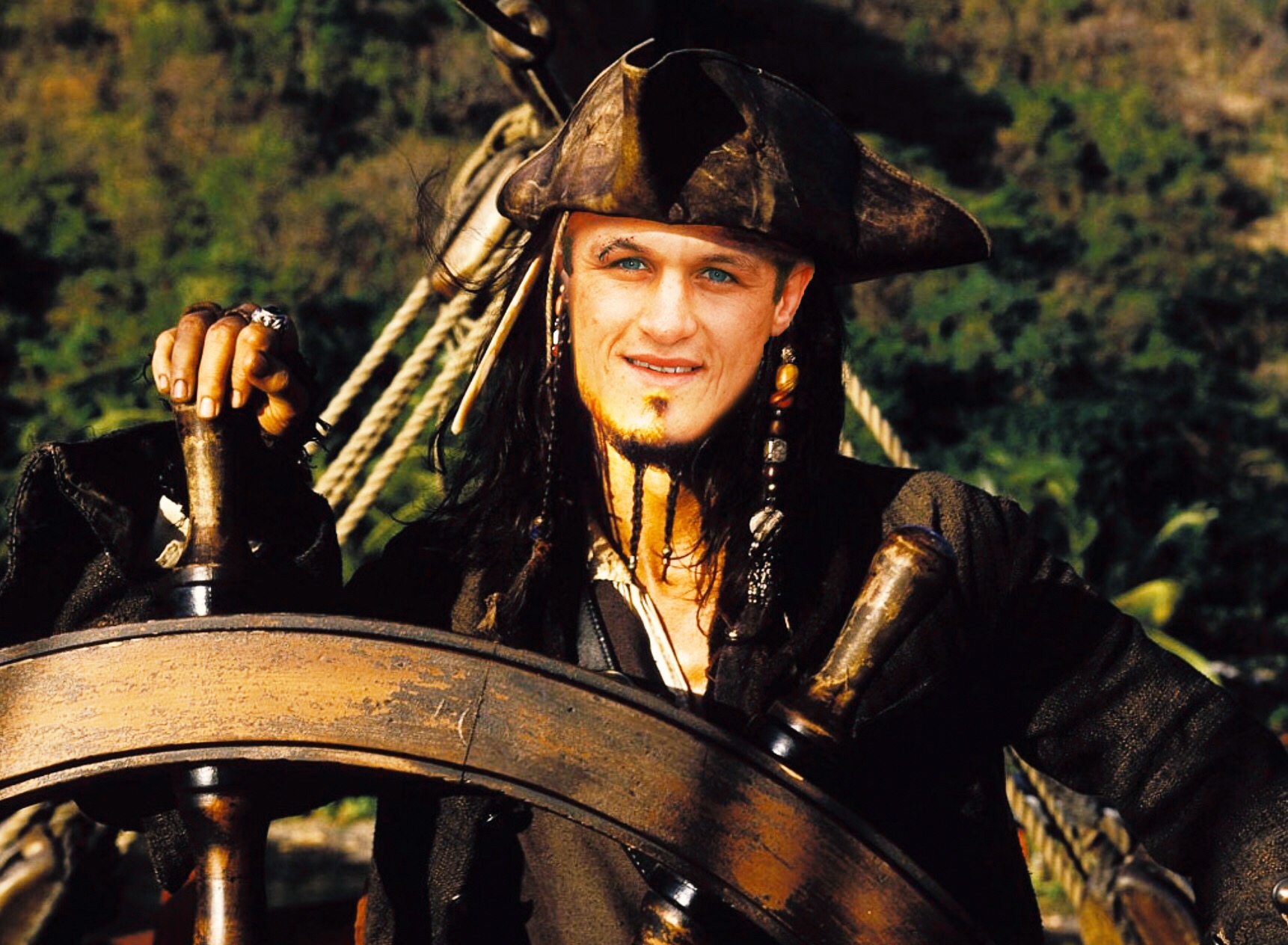 Billy Burns is talented, has plenty of premiership experience and, better yet, recently discovered he was Irish. He has his work cut-out as Jonny McPhillips and Michael Lowry will be eyeing the precious number 10 jersey like Gollum from Lord of the Rings. It’s a potentially very exciting partnership with Ulster’s best player last season, John Cooney. Ulster had been on the look-out for a 10 since Christian Leali’fano’s short term deal came to an end mid-way through last season. After Joey Carberry didn’t fancy a move up North (didn’t want him anyway *wipes away tear*) and Ulster’s move for Elton Jantjies was blocked by the IRFU, opting for Billy Burns is either a shrewd move by Ulster management or, more likely, a fortunate product of circumstance. Regardless, he’s a top player.

He has played for England u-18s and u-20s and made his debut for Gloucester as a 17-year-old in 2012. He was Gloucester’s first choice for the past two seasons and he will hope that an exceptional run of form this season will see him catapulted into the Ireland squad ahead of the World Cup. The timing was perfect to get Burns on board and it will be great to see him at the helm pulling the strings this season.