McFarland: Ulster ‘will fight for every inch against Connacht’ 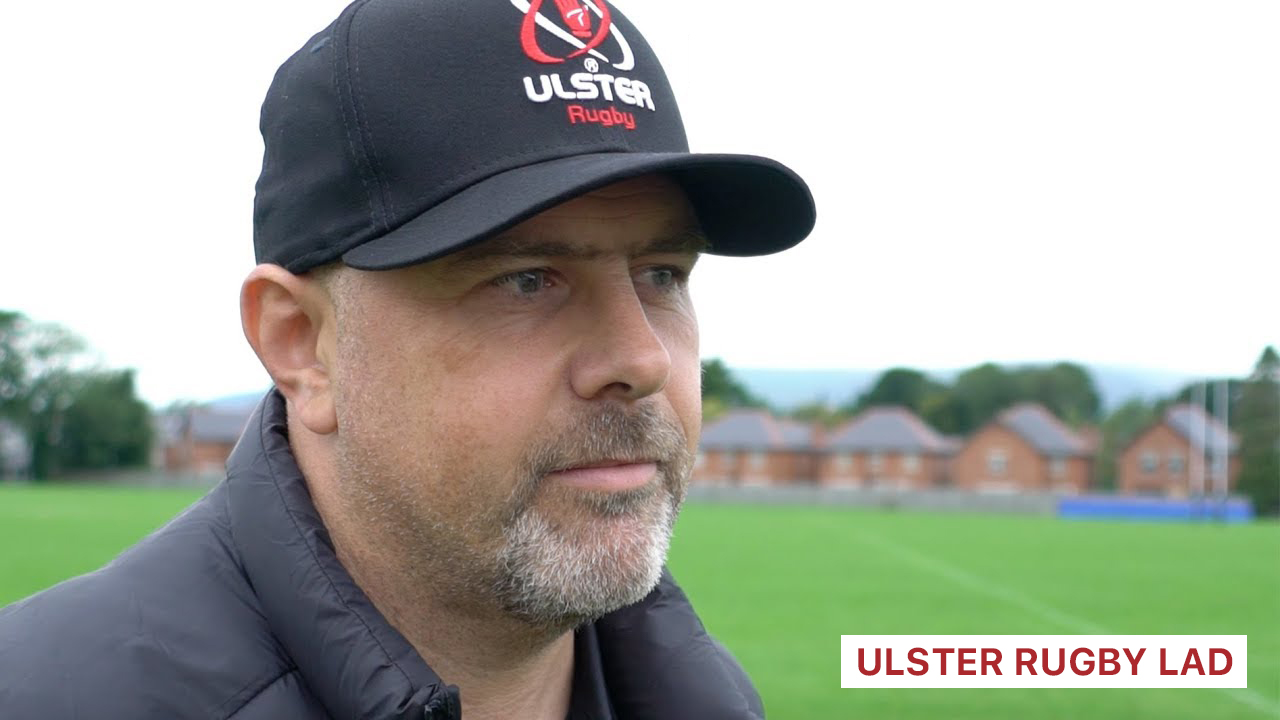 The ‘Fight For Every Inch Era’

There has been a collective shift in mentality at Ulster Rugby since the arrival of head coach Dan McFarland.

Faced with the (not inconsiderable) task of helping Ulster out of the mire of Ulster’s 17/18 ‘annus horribilis’, it appears McFarland has been pivotal in helping to turn things around.

McFarland’s mantra since his arrival has been ‘fight for every inch’. Crucially, it appears that the squad have been galvanized by the events of last season and have subscribed to their new head coach’s ambition.

“I think there were hard times last year, they stuck together as a unit and they learned from what they came through, they said ‘we just want to be the best we can be’,” said McFarland.

“For me coming in, it’s a question of harnessing that and pointing them in the right direction and really getting it down to the things that make it important to be part of a club at from base level which for us was fighting for every inch.”

“We said that that was going to be the thing that we put out on the field.”

“That had to be the first thing win lose or draw, whether we play well or we don’t play well in terms of our technical prowess and all the little bits around that; whatever we did we had to put that on the field.”

“And I’d say there weren’t many instances when we didn’t do that and when you look back at the season and you think of moments that we needed to draw on reserves and resilience and that fight.”

McFarland cites the squad’s growing resilience as crucial in helping to bring about the change.

“The first two games of the season (for example) when we fought back and beat Edinburgh and we beat Scarlets and both of those happened in the last minutes of the game.

“We went away to the Cheetahs, in a situation where we were asked to play at altitude, five days after we played the Kings in a game that ended 39-all.”

“We went into that last play when they scored….when we scored our penultimate try as we were kicking the conversion, we had five players down injured, two medics and yet they came back off the kick-off, scored and then while we were under the posts we had one play left.”

“Rob Herring was literally on one leg, he had to hop and we went back to the half way line, retained the kickoff, went through a number of phases where 13 players of those 15 touched the ball before we scored the equalising try, the only people who didn’t touch the ball were Angus Curtis, who made about 100 rucks from side to side and Rob who could hardly walk. He made a pretty crucial ruck in the middle of that. It was just an amazing try that earned us an extra point.”

“Same as the Dragons, 30-31 phases to score a try with 13 men, that was pretty amazing as well. There were a number of instances like that throughout the year.”

Indeed, last Saturday Ulster again demonstrated their resolve with a hard-fought win over their provincial rivals, Leinster. Their ability to retain the ball and fight until the last second will send a more buoyant Ulster into this weekend’s clash with Connacht. 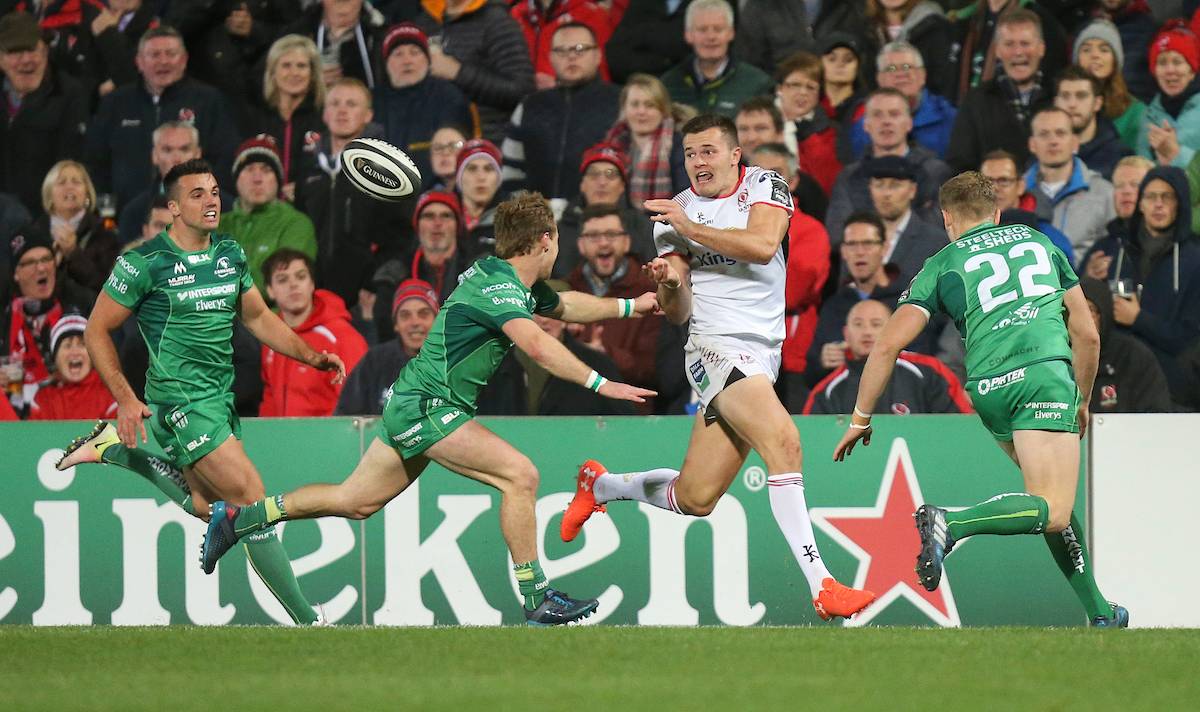 McFarland’s inside scoop on Connacht

McFarland spent 15 years at Connacht – first as a player, then as a coach. He understands the Connacht mind-set better than anyone. He knows the progress they have made – from rumours of disbandment in 2003 to winning the PRO14 trophy in 2016.

Indeed, it was McFarland’s original intention to be part of the Connacht project, having applied for the role of head-coach, but was overlooked in favour of Pat Lam.

“For a long time I thought that I’d like to be the Connacht head coach. When I didn’t get it, I was gutted. I thought everyone in the world was wrong except me.” McFarland admitted.

“It took me a month to realise that I was the person who was wrong and didn’t deserve the job. It was a bloody good job I didn’t get it as well because I wasn’t ready.”

McFarland says he has learnt a lot having worked under Gregor Townsend with Scotland. Indeed, he was credited with transforming the Scotland pack and has worked wonders with the failing Ulster scrum.

It is worthy of note that Connacht have beaten Ulster twice this season, securing their first win in Belfast in nearly 60 years. This was in large part down to Ulster’s struggle at the set-piece, in particular, the scrum.

In their previous outing in Belfast, it was Tom O’Toole who was put through the wringer. It now appears as though Ross Kane will face the formidable task of going up against the established Connacht front row.

McFarland is under no illusion about the difficulty of the task they face on Saturday.

“I don’t consider them coming here as underdogs at all and that’s certainly not how I’m going to approach it.”

John Cooney, who also spent time at Connacht, has great respect for his former club but is eager to secure a win over his good friend, Connacht out-half, Jack Carty.

“At Connacht I found that people always underestimated you and playing with that squad of players that always worked really hard for each other and never gave up, the likes of John Muldoon, it was a good mentality that I really liked and one I always thrived in.”

Despite Ulster’s impressive win record this season, Connacht have been somewhat of a bogey team – a fact the Ulster scrum-half is determined to put right.

“They actually beat us away last year as well so three of the last four games they’ve won, and they’ve all been pretty tight.”

“It was a heart-breaking game at home this year because it was the first time they had won here in nearly 60 years so that was pretty annoying and I know that they were confident about winning both of those games.”

“So, this week it will be different Connacht side, a confident side, and it will be us with the chip on our shoulder so hopefully we’ll be able to get the fans behind us for this one.”