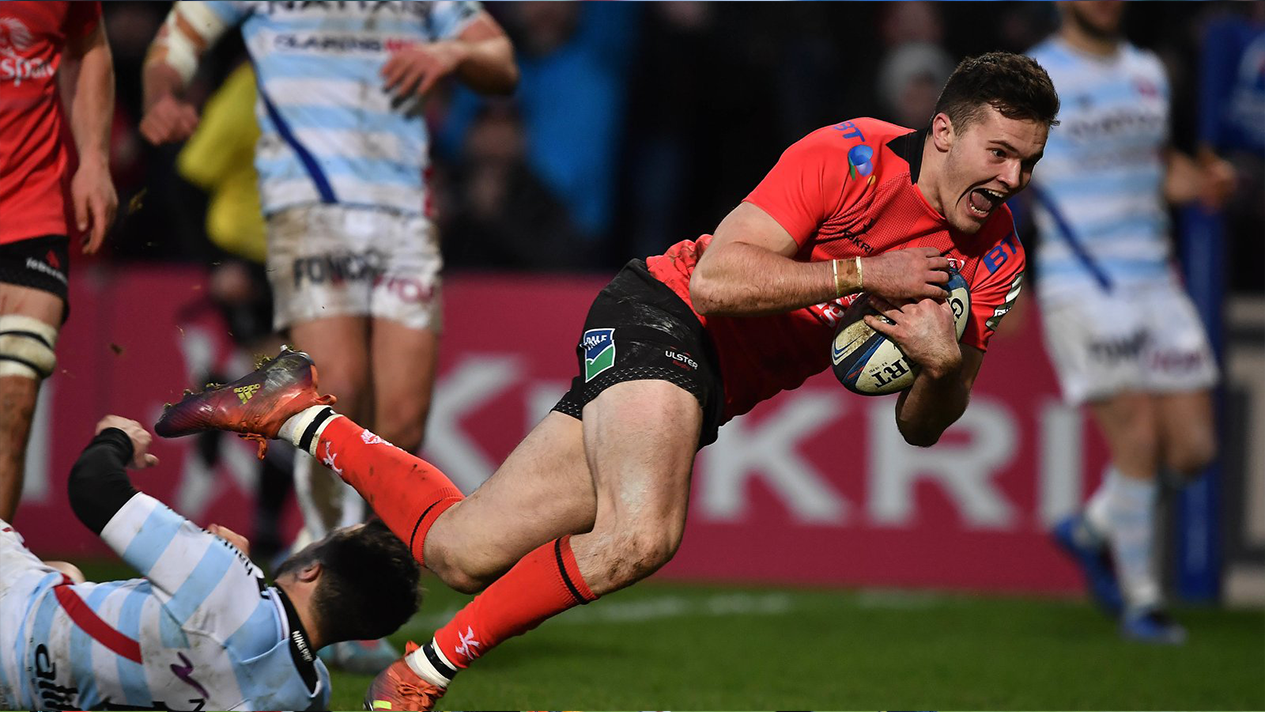 In an enthralling contest at Kingspan stadium, Jacob Stockdale’s brace helped put an end to Racing 92’s 100% Champion’s Cup record and gave Ulster a fantastic chance of progressing to the quarter-final stage of the competition.

Speaking after the breathless battle, Stockdale reflected on the monumental effort required to see Ulster over the line.

‘It was tough. Racing are a high-quality side. They pushed us right to the end and they made it tough for us to come away with the win. But I’m proud with how we went as a team and how we nullified how they attacked for a good bit of the game. Obviously, we let them in for a couple of scores but it was pretty good overall.’

Stockdale’s second try, a memorable solo effort reminiscent of his famous try against the All Blacks, saw him shrug off a tackle on the wing before collecting his own chip and diving over.

‘It was a nice try to score certainly. In the end it made a bit of a difference. Sometimes the ball sits up for you and sometimes it doesn’t.’

‘Rob’s an incredible athlete. He’s been pushing us all in training and training really well. For him to get an opportunity like that is massive. He took his chance. For him to score that try, a real finishers try, showed his pace. His all-round game was really good and it’s great to have another guy in there doing really well.’

Stockdale also gives credit to Head coach, Dan McFarland, for giving young members of the squad the opportunity in big games to show what they’re capable of.

Indeed, McFarland’s faith in the young squad members has been repaid – some superb individual performances and a gutsy defensive effort allowed Ulster to hold on for a stunning win against the French giants. With just one more round of games to go, Ulster’s 18 points in Pool 4 puts them in a strong position to potentially qualify for the quarter-finals.

‘I haven’t played knock-out rugby yet. That’s obviously something I really want to tick off. It’s a massive aspiration for me. There are not many guys in our squad now who have had that opportunity. For us now, it’s about doing what we’ve been doing all season and playing as well as we can. We can take bits away from guys like Bestie who have played in those matches but it’s just about doing things right.’

Stockdale says that Ulster’s focus must now shift to Leicester, as they seek to end their pool campaign on a high in their final showdown at Welford Road on Saturday.

‘We can’t look past Leicester and we need to beat them to make sure we get that opportunity. Our sights are firmly fixed on them.’