Iain Henderson, perplexed, watched Manie Libbok’s 86th minute conversion seemingly sail inches wide of the posts. He raised his arms in a puzzled protest as the Stormers’ celebrations – somewhat delayed by the disorientating trajectory of Libbok’s kick – unfurled around him.

The masses watching from Belfast most likely mimicked his confused reaction, raising their own limbs in bewilderment – as they had surely done so numerous times over the previous 80 minutes.

The confusion, mixed perversely with a foolish slither of hope, quickly gave way to heartbreak and frustration. Libbok’s kick was successful. Yellow shirts slumped to the ground; the chances of Ulster’s first trophy in 16 long years fell with them. A cocktail of emotions swirled.

A clutch kick from Manie Libbok wins it at the death for the Stormers 17-15! ⛈

An unbelievable finish to this #URC semi-final! #URC | #STOvULS pic.twitter.com/o5YLnsHmIP

The dream of not only playing a final at the Kingspan, but the very real opportunity to lift a trophy there – a fantasy which floated into the minds of even the most reserved Ulster supporters over the past week – was shattered in seconds. After Leinster’s defeat to the Bulls the day before, the prospect of a final without Ulster’s provincial rival was tantalising. The sporting cliché of ‘it’s the hope that kills you’ – like all clichés – is overused to the point that it eventually loses meaning, but it holds true here. That vision of success: the image of Henderson proudly lifting the URC’s peculiarly shaped piece of silverware – it only amplifies the despair when reality disappoints.

There can be no denying the efforts of Ulster players on Saturday. The likes of Billy Burns and Tom O’Toole, whose own bodies failed them by the end after their monumental performances. O’Toole and his prop partner Andy Warwick had held their own against Steven Kitshoff and Frans Malherbe, possibly rugby’s best scrummaging duo today, for much of the game. Burns and O’Toole were not substituted off until the 81st and 83rd minutes respectively.

Like many of their colleagues, they were wholly worn out. The fatigue of travel and chasing the likes of Evan Roos and Warrick Gelant around for 80 minutes had sapped them, and arguably shouldn’t have been involved at that late stage. A sign perhaps, of Dan McFarland’s mistrust of his bench – a stubbornness to stick with his starters, even when they’re firing on only two cylinders. 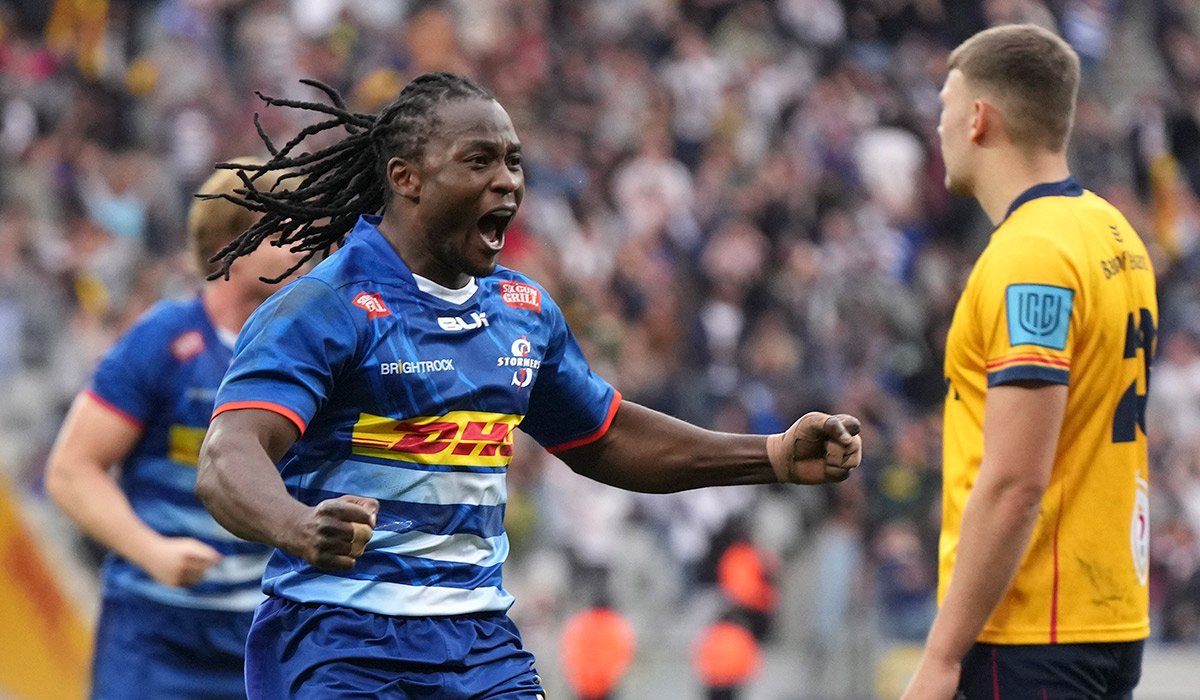 As McFarland pointed out himself, the inability to convert chances into points in the third quarter cost Ulster. So too, did their slow start. Within two minutes, a fit-again Damien Willemse pounced on James Hume’s slip for a turnover, and Libbok kicked to the corner. Less than a minute later, the Stormers’ maul crashed their way over the line. 10 minutes after, Roos and Herschel Jantjies combined for the lively Number Eight to double the score in the corner.

Within 15 minutes of the Stormers’ brace of tries, however, Ulster had stolen the lead, and stolen control of the game. The kicking game was working, and whilst the South African side threatened, Ulster’s defence repelled wave after wave and kept the hosts at bay. At times, making a deadly Stormers attack look clueless.

Soon, Rob Baloucoune finished excellently in the corner. Stewart Moore’s flat pass incurred a rancour of boos amongst the partisan crowd at the Cape Town Stadium, who deemed it forward. Either way, the try stood. Baloucoune soon returned the favour to Moore, expertly offloading to the fullback who raced through to snatch the lead. John Cooney struck a penalty at the stroke of halftime to give his side a five-point lead, and momentum sat firmly with Ulster.

The second half started unfavourably for the visitors when Baloucoune eventually limped off the field. But despite his absence, Ulster began to slip through the Stormers defence more freely. As it has been all the season, the partnership of Stuart McCloskey and James Hume was pivotal. The pair seamlessly blend aggressive directness with fleetfooted skill. Alas, whilst chances came, points did not. And the turning of the tide perhaps came once Ulster turned down a shot for three points, only for the Stormers to force the turnover, and exit their half.

The game hung on a knife edge. After laying dormant, the Stormers began to surge. A masterful turnover from Duane Vermuelen in the 68th minute stemmed the flow, and a red card was shown to replacement lock Adré Smith after he made contact with the face of Henderson. That hope begins to creep in.

Think even where they cut the close-up shown was kind there.

Zero reason for the hand to go up around the eyes there. Zero tolerance. Dumb play. Red card deserved.#STOvULS pic.twitter.com/6FybunuRJ2

If anything, the loss of Smith imbued the Stormers with energy. They certainly seemed fresher. Cooney spotted space in the Stormers’ 22, only for Jantjies to sweep behind and throw the ball to Gelant, who targeted the wide channel, setting Seabelo Senatla free to chip and chase his way into Ulster’s 22 – a certain try saved by Moore recovering the ball. From the 72nd minute to the final whistle, Ulster didn’t leave their half. They barely left their 22.

As the clock neared the 84th minute, the hosts opted for a scrum. A few quick phases narrowed Ulster’s defence, allowing Gelant to find himself in acres of space in the left-hand corner, dotting down to crush Ulster hearts.

To feel despair and heartbreak in defeat is natural. The deflation is unavoidable, particularly when victory was so close, and that fantasy of finally lifting a trophy in Belfast became entrenched in everyone’s minds during the week.

Yet, despair soon turns to pride. And that is the most important ingredient in the cocktail of emotions that has overwhelmed each Ulster supporter in the past 24 hours. By next season, optimism will be the overriding emotion once again. Ulster’s young guns have performed at an exalted level this year. Hume, Moore, and Ethan McIlroy to name a few have become a joy to watch, and will only get better. 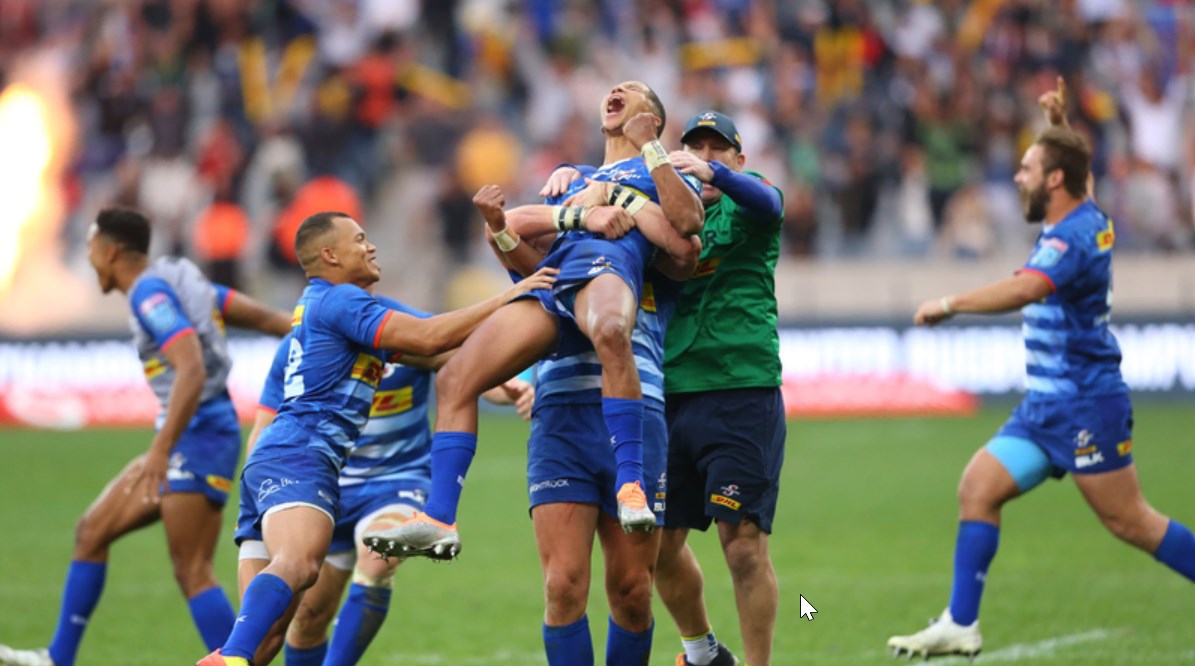 Ulster, for the first time since 2013, registered home and away wins over Leinster. Away wins over two French giants came, and the quarter-final dispatching of Munster perhaps cemented the province as Ireland’s second-best side.

There is silverware in this squad’s future, or at least, the chances to claim some. Until then, the hope, or rather expectation, is that a good handful will be on the plane to New Zealand for Ireland’s summer tour, where they will only sharpen their skills, ready to go a step further next season.

THE STORMERS WIN IT AT THE DEATH!! 🙌

It's an ALL South African #URC Final!!🇿🇦