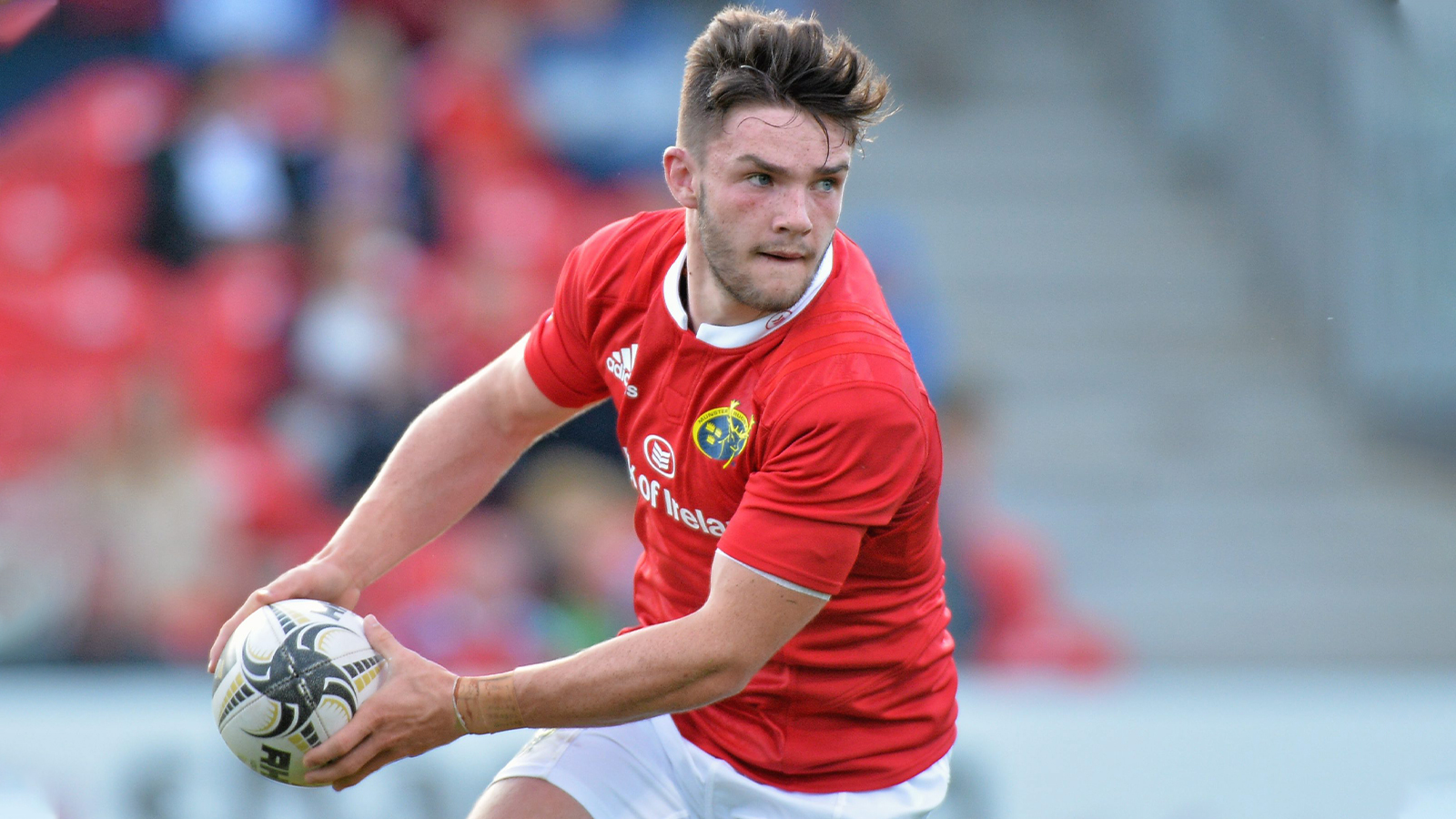 It wasn’t that long ago that Bill Johnston was being talked up as one of the brightest prospects in Irish Rugby.

By all accounts, Munster are gutted to lose him after Ulster offered him a route out of Thomond Park.

Johnston found himself behind Joey Carberry, Tyler Bleyendaal and JJ Hanrahan in the pecking order and a series of injuries had limited his game-time.

Now, having switched provinces, Johnston will seek to fulfil his potential as one of the bright young stars of Irish rugby.

Here, he chats to Ulster Rugby Lad about his rugby heroes, expressing himself on the pitch and the importance of ‘squeezing every drop’ of talent.

How are you settling into Ulster so far?

Yeah really good – I couldn’t’ believe how friendly everyone was!

It’s a really young squad and I just gelled with them straight away. I already knew quite a lot of the lads from playing under 20s which helped.

There were some of the guys I didn’t know personally but would have seen them on TV and heard a lot about them. Guys like Stu (McCloskey) and Louis (Ludik), for example, are really, really nice guys.

The friendly atmosphere and being welcomed into the squad has helped me to settle in really quickly. 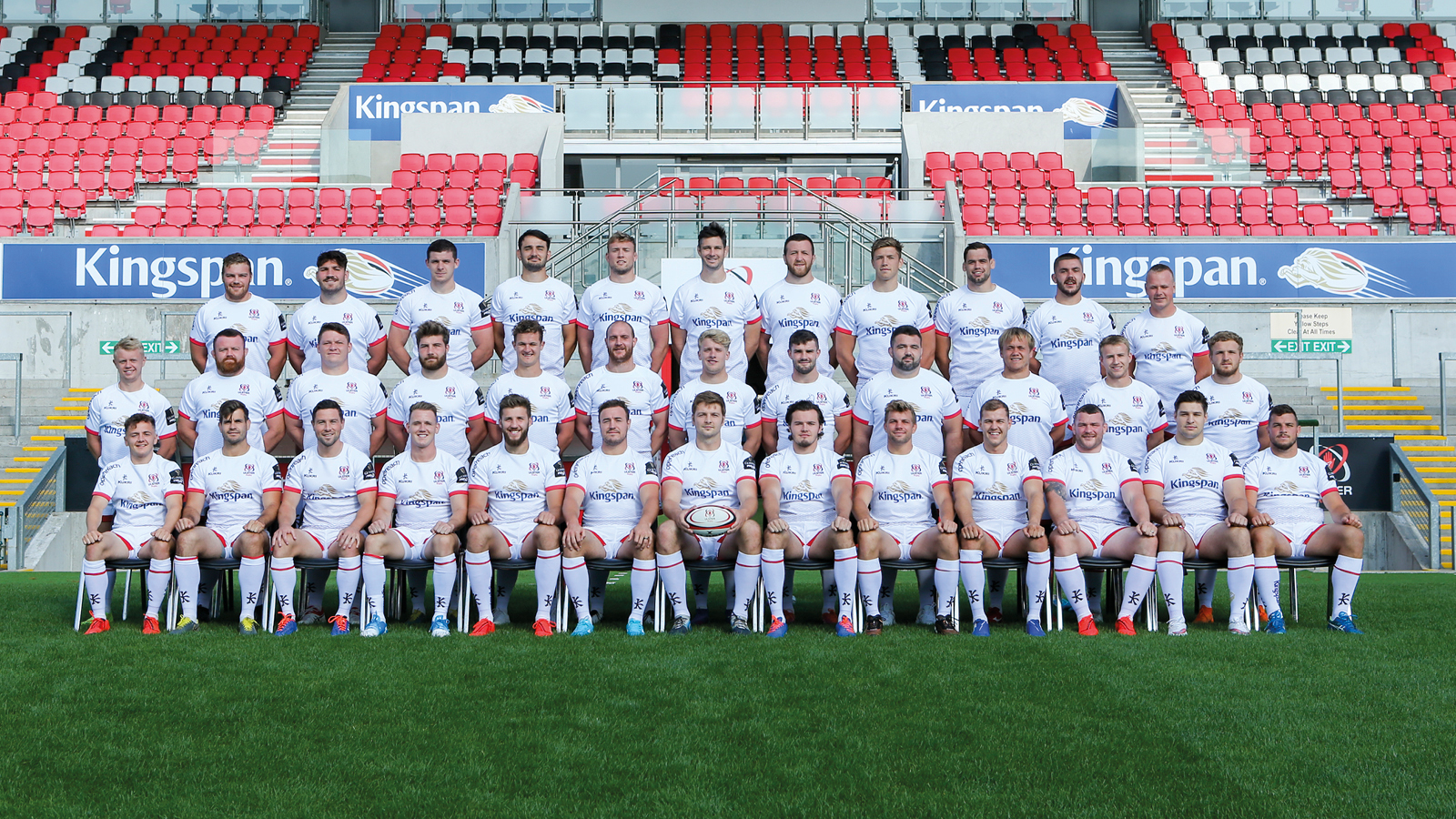 How has pre-season been going?

We’ve done it a bit differently this year with the slightly later start to the season. It’s a new structure but we’re just rolling with it.

It’s been tough but it’s been really good, and the preparations will continue to ramp up towards the start of the season.

We did get a break there in between the first and second block for a week which is good just in terms of giving you a mental break as well as giving your body a bit of time to recover.

Earlier in the summer I was also away in Chicago for 10 days with a group of friends from school and college. It’s a class place, very chilled and there’s beaches along the lake as well as the city. 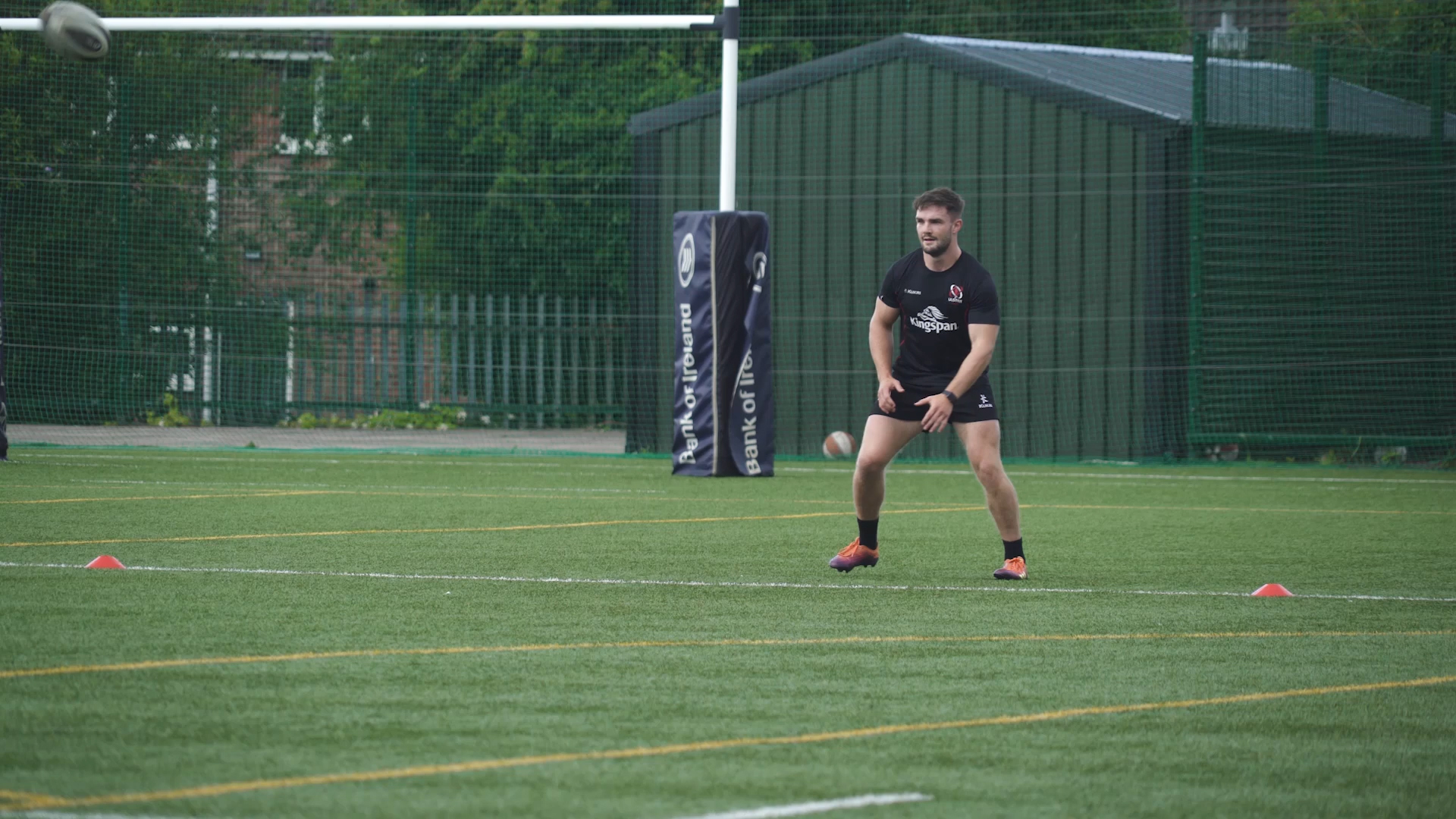 Who or what made you passionate about rugby in the first place?

My dad coached mini-rugby for many years which helped instill in me and my brother (who is three years older than me) a love for the game. There was a platform for me that allowed me to get involved in rugby and I enjoyed training and playing with him growing up.

My brother David played at Rockwell College and then went on to join Munster and is playing over in England now.

I’m passionate about rugby because of the way I feel when I’m on the pitch. I feel like I can really express myself.

It’s such a fun game to play – there are so many aspects to it and things you learn along the way.

I love the teamwork side of it as well – there’s great camaraderie. You train hard with a group of guys and do what you love every day.

It’s an amazing sport and I fell in love with the game for what, I think, are the right reasons. The fire, the passion you need to play the game at a good level lasts a lot longer if you genuinely love the game.

What players did you look up to when you were growing up?

It definitely would have been Peter Stringer and Ronan O’Gara. I was a bit smaller so I would have been more of a scrum half and my brother played in the backs – usually at out-half – so in the back garden I would always be Stringer and he would be O’Gara. We’d try and recreate what we’d seen them do for Munster the night before. They were class. 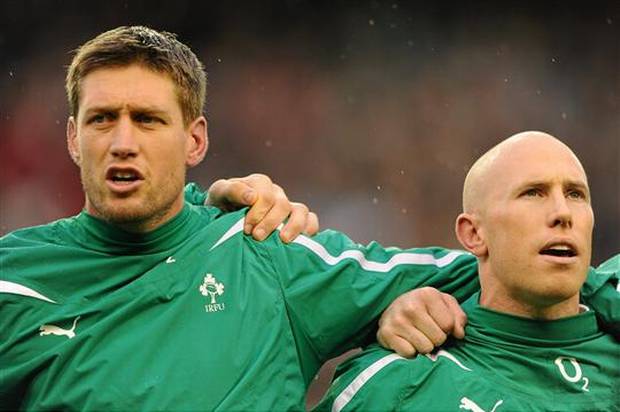 Conor Murray and Keith Earls both immediately spring to mind. They are so ahead of other players. Then, more recently, there’s Tadgh Beirne who I thought was incredible last year.

They can have such an impact on the game. They’re at the top for a reason. The way they prepare, the way they use their experience and they also have raw talent, so I’d put those guys in that pool of incredible players I’ve been lucky enough to play with. 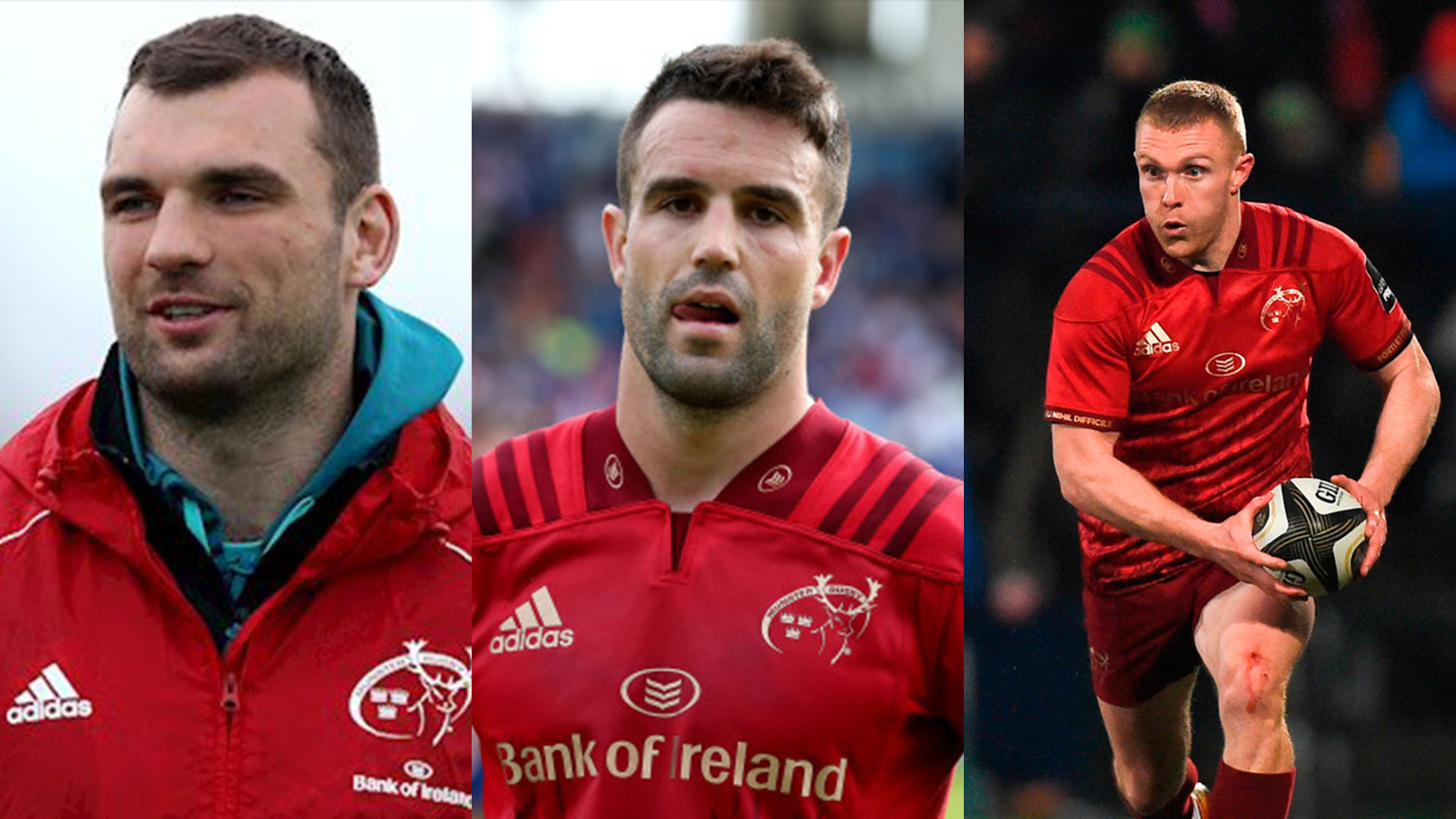 What sets top players apart? What is the difference between guys with raw talent when they’re young and those who go on to become great at a high level?

As I say, with the guys I mentioned who are among the best I’ve played with, it’s all about preparation.

Connor Murray and Earlsy are not necessarily the loudest guys in the changing room before games – they are among the most relaxed as they have put the work in for years.

I think what separates the tops guys is that they are comfortable going out on the pitch and being themselves. The feel confident in their own ability and can express themselves, trusting in their base skills and talent. It’s really important not to over-think things and just go out and enjoy it.

Thinking back to when I was younger, I would have never considered myself any more talented than people I was playing with through the various age-groups. There were guys who had more natural, raw talent who didn’t go on to play professionally.

I wasn’t the biggest, fastest or strongest guy. I did, however, have a sharp edge.

I am a very competitive person – I really wanted to win and saw myself going as far as I could in the game.

I don’t think I really stood out until I was about 16. It started to click a bit more. I had more of an edge and that really helped me kick on. I’ve had to fight my way back from injury over the years which has also helped me appreciate it a lot more and make the most of the opportunities I have.

I was also lucky as I had a lot of support and encouragement around me. I had a couple of great coaches that let me go out and play and express myself. It helped me to love the game for the right reasons. 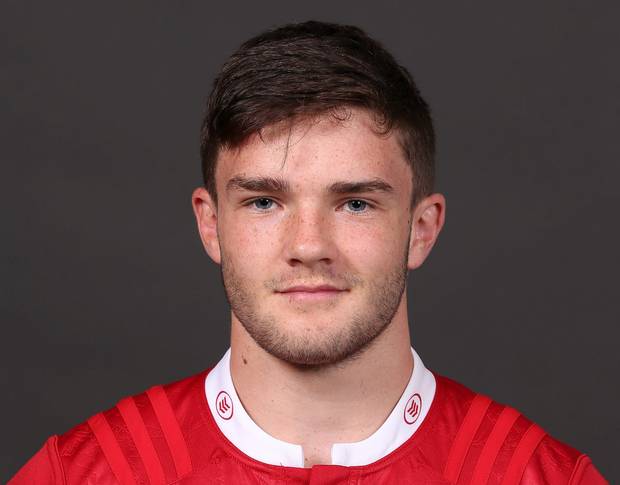 You mentioned injuries you’ve had – I’ve spoken to a lot of players who have struggled with various injuries and set-backs in their career. Do you have any examples of setbacks or failures that have set you up for later success?

In remember at school I was playing in a junior cup match. I had played well and had the chance to kick for goal in the closing minutes to level the game. I missed it. I can still feel how much that hurt me at that time.

I can also point to an under 18s tournament with Ireland. We had just won the senior cup and we had a game against Georgia. I kicked very poorly and felt like I cost us the game.

They were really low points that were hard to take at the time. Going through that has given me such a better perspective on the game.

You will always have days like that – really low moments. You just have to learn from them. Looking back, I was too hard on myself.

That drove me on to work unbelievably hard. I really tried to outwork everyone to make sure I wouldn’t feel that way again. I now know that going through those moments strengthens you as a player.

It feels terrible that the time. Luckily, I’ve always had really good people around me and that helps.

With injuries it’s similar. The thing you want to do most is play rugby and you have to try really hard to be constructive and positive about the difficult situation of having to watch from the sidelines. 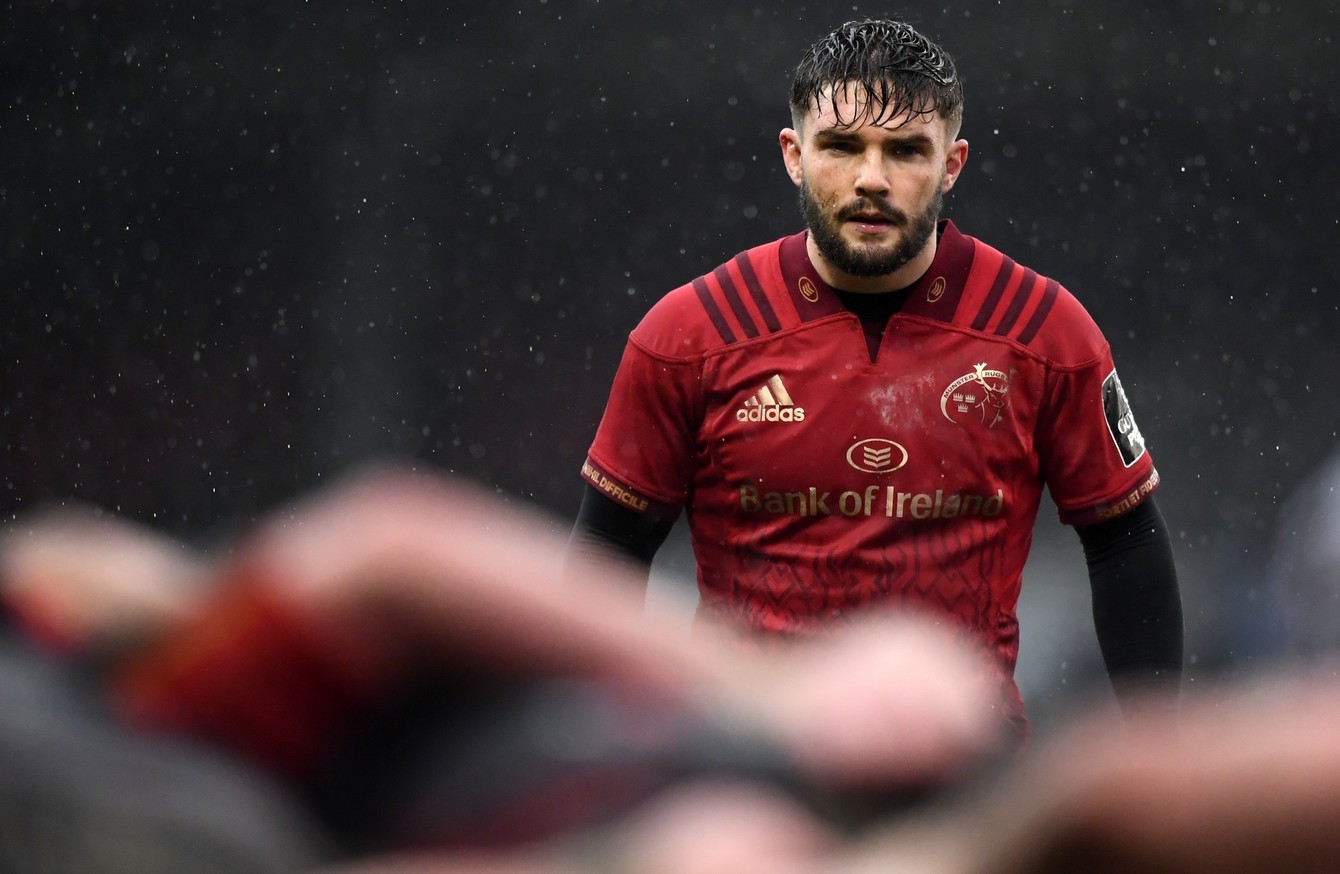 How would you describe yourself as a player?

First and foremost, I am 100% a team player. I am happy to do the dirty work – whatever the team requires of me.

At the minute, I’m fairly new to the squad so it’s about building trust with the guys and I hope to become a valuable asset for the team and the province.

I leave no stone unturned in terms of preparation. I believe the devil is in the detail.

I do a lot of video work and do everything possible to make sure I’m in the best position possible to perform.

I’m a confident player and I’m not afraid to try things. I will back myself in every situation.

What are your expectations for Ulster this season?

Yeah Ulster in a good place after a couple of rocky seasons.

Everyone is really committed to building on the success of last year.

What struck me was the skill level in every position. There are some really skillful players in the squad – even the second-rows!

There is so much raw talent. The young guys don’t even realise how good they are.

The motto of the team is to ‘squeeze every drop’. This applies to the effort we put into training, matches and is just about the squad playing to our full potential.

What the best advice you’ve been given?

Don’t be too hard on yourself – don’t just give other people the benefit of the doubt, sometimes you have to give yourself a break.

Back yourself – top players are comfortable in their own skin and trust their talent and work rate.

Do you have any hobbies?

To be honest my main obsession is rugby – that’s what I’m focusing on.

I’ve got a lot more into golf this summer and have played royal Belfast a few times with the guys. It’s good to do something active that isn’t rugby!

I don’t have that much time or movies, but I thought the TV show Stranger Things was incredible. 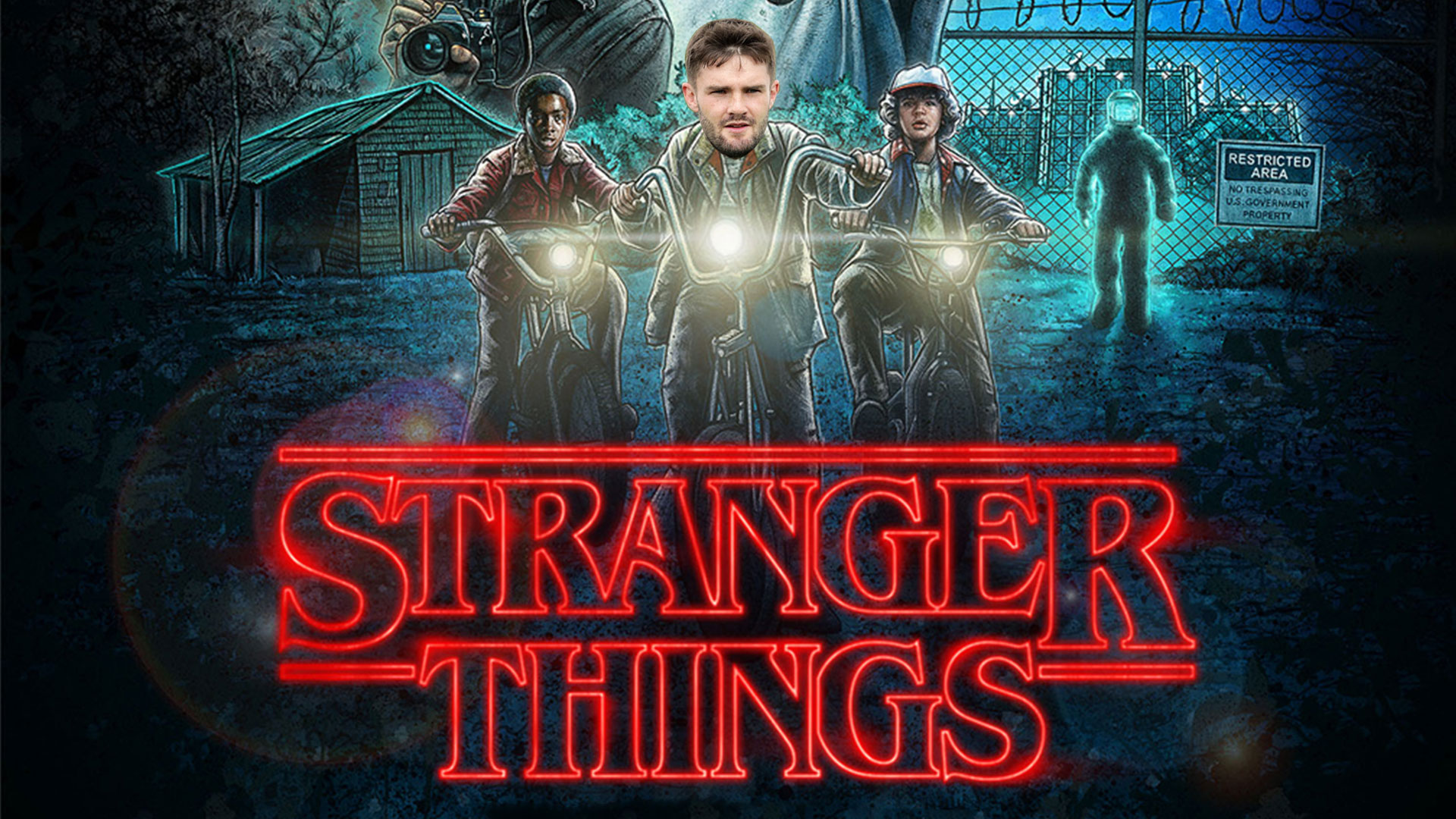