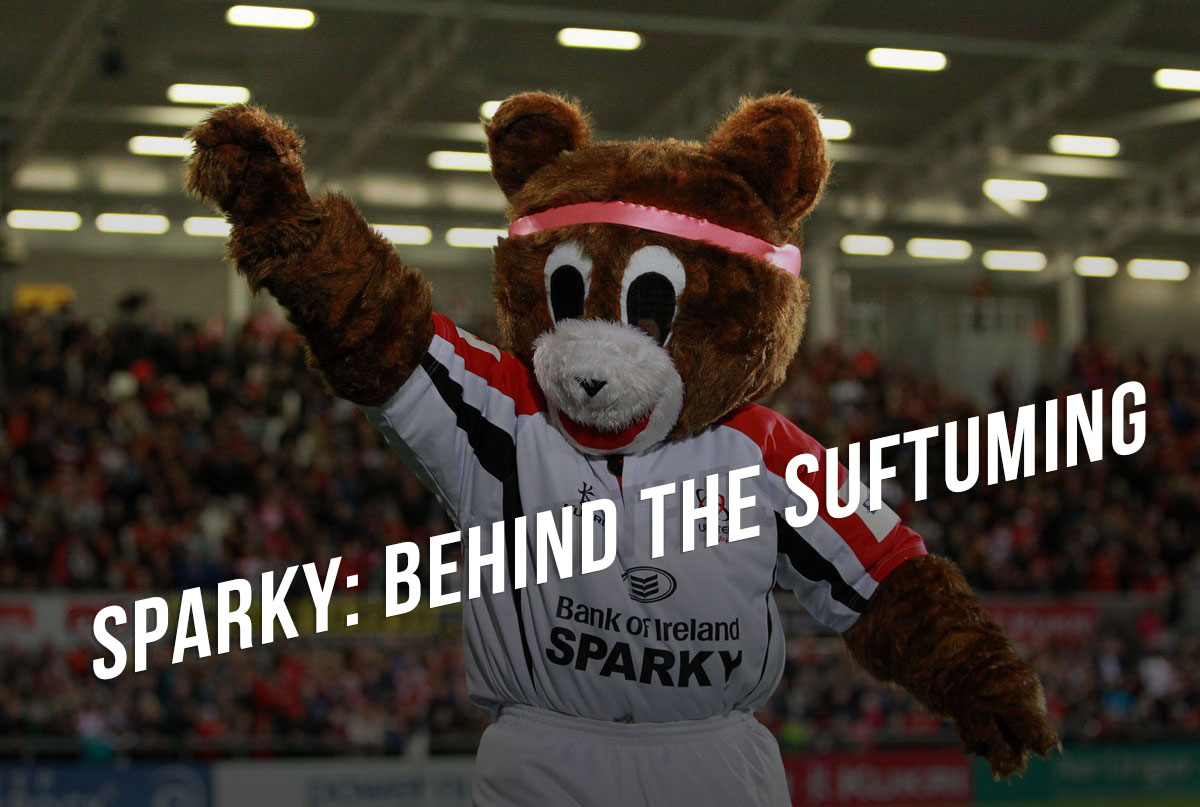 Ulster RugbyLAD has secured an exclusive interview with everyone’s favourite Ulster Rugby mascot. Ulster’s boisterous bear finally breaks his silence and spills his guts about all things Ulster Rugby in this tell-all interview.

Join us as we journey through the deepest recesses of the mind of the bear they call… Sparky.

URL: Sparky, it’s an honour to finally meet you. How are things?

S: Keeping busy mate. I’ve two little cubs at home so between them, the missus and SUFTUMing full-time, I’m a busy bear!

URL: How did you land the role of Ulster mascot?

S: Well, I’m one of very few bears to own an Ulster kit which was part of the key criteria. Add to that my degree in Sports Mascot studies from University of Ulster and I was a shoe-in for the job.

URL: What were you doing before you joined Ulster Rugby?

S: I worked in IT. To be fair, I was making an absolute sh*tload of cash but I wasn’t happy. I wanted to pursue my dream of becoming the mascot for a local sports team. 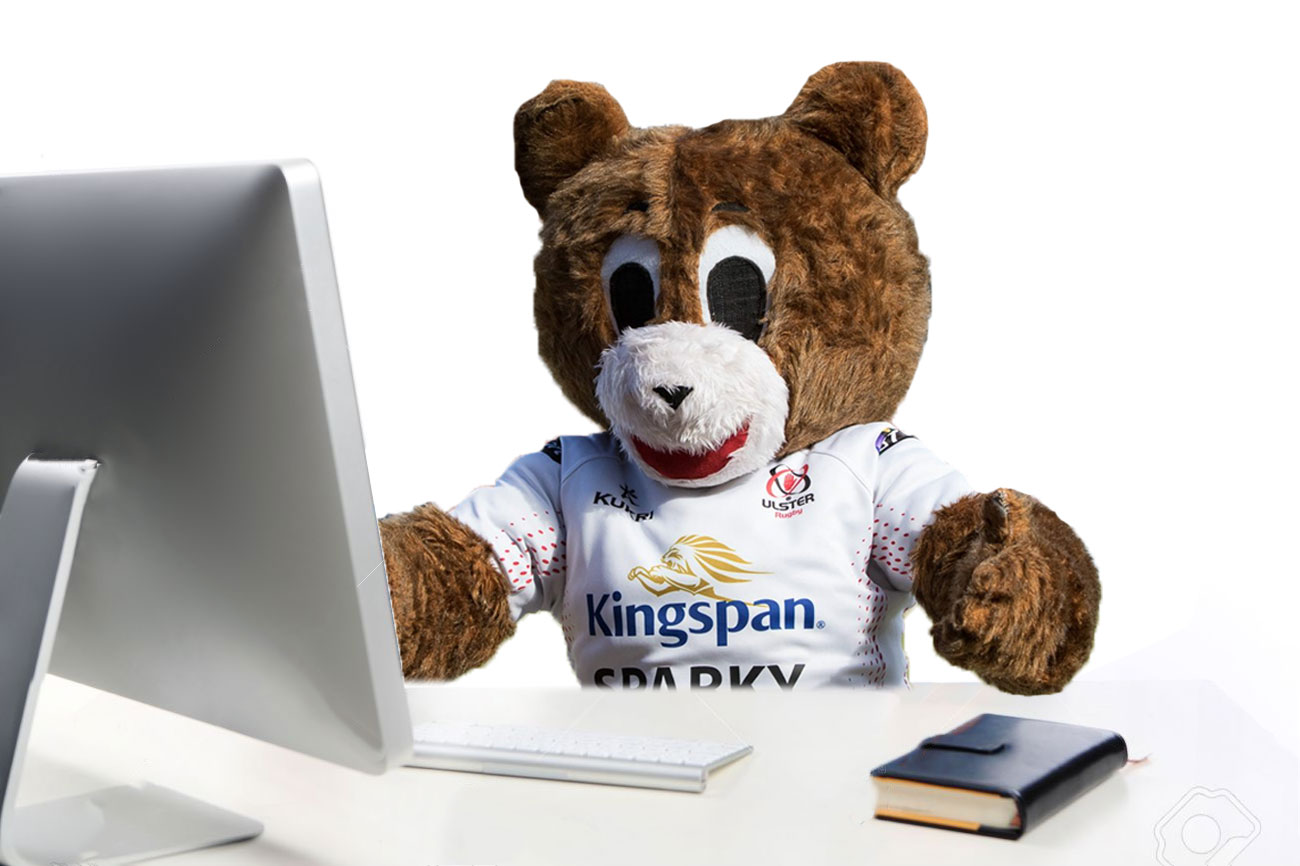 One day I just handed in my notice with nothing to go to.  I hung around Belfast Giants games for a while, trying to hype up the crowd, but they slapped a restraining order on me so that was the end of that. After a bit of a rough patch, I eventually cleaned myself up and joined the Ulster Rockettes for a couple of seasons. As you’ll be aware, the Rockettes unionised and then disbanded due to failed strike-action shortly thereafter. The logical next-step for me was to apply for the position of mascot. I’ve never looked back.

URL: What’s your favourite part of the job?

S: Obviously I love it when drunk people in the crowd shout “YEEEOO SPARKY!” at me. Honestly, it never gets old. That, and the inevitable female attention.

URL: And the least favourite?

S: I struggle to be taken seriously. People always look at me because I’m different, shout things or want selfies. I’m an ordinary bloke – I just want to watch the game in peace like everyone else. Also, the lack of toilets for bears at the Kingspan is frustrating. I often end up having to go in the woods.

URL: Who’s your favourite Ulster player, past or present?

S: Probably our old loose-head prop, Bryan “the Bear” Young. He actually had his nickname trademarked, and after a protracted legal battle with him I had to officially change my name from Sparky ‘the Bear’ to Sparky ‘the Forest Dwelling Mammal’ which just doesn’t have the same ring to it. He’s a top lad though. 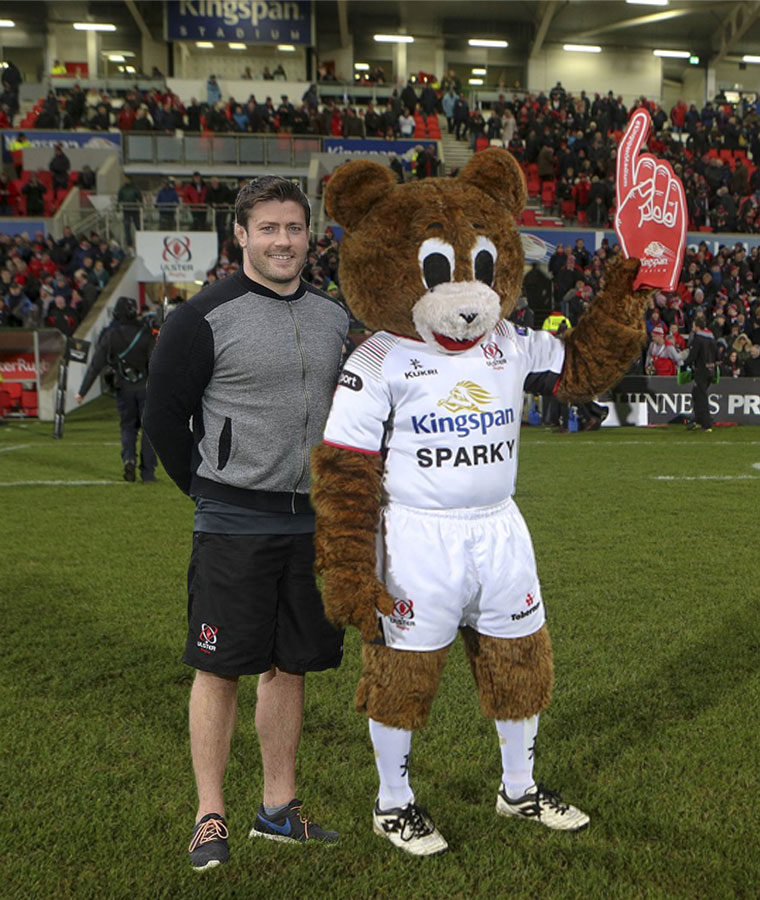 URL: Any thoughts on how Ulster are getting on this season?

URL: I have to address the rumour that you’re considering a big money move in the summer?

S: Yeah, there’s a rumour doing the rounds that I’m joining the Bristol Bears (laughs). I can dispel that rumour right now! As a matter of fact, a mate of mine, Clive, is their new mascot. Clive the Hedgehog. I can assure you – I’m going nowhere!

URL: Glad to hear that. Thanks for speaking to us Sparky! 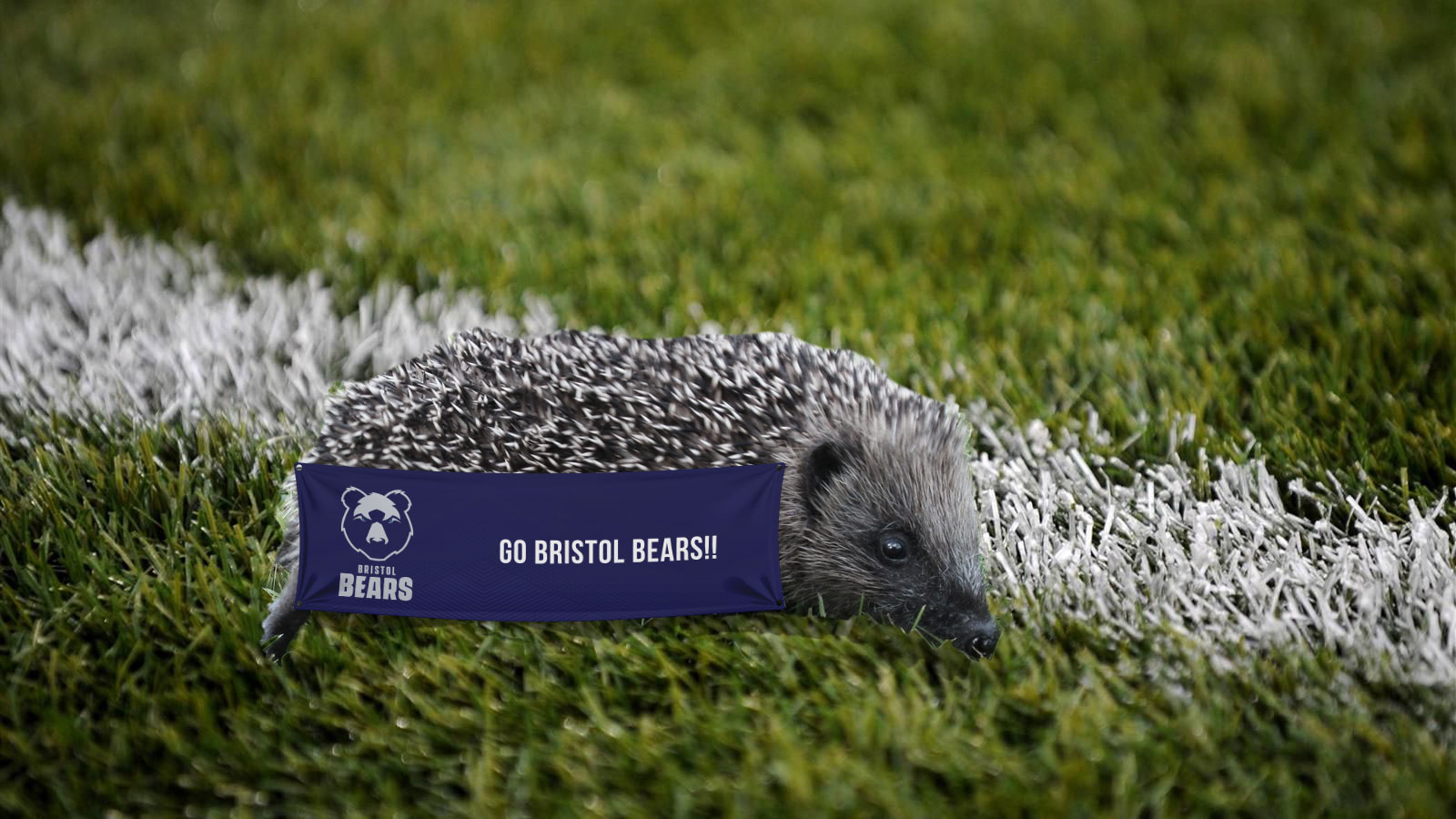