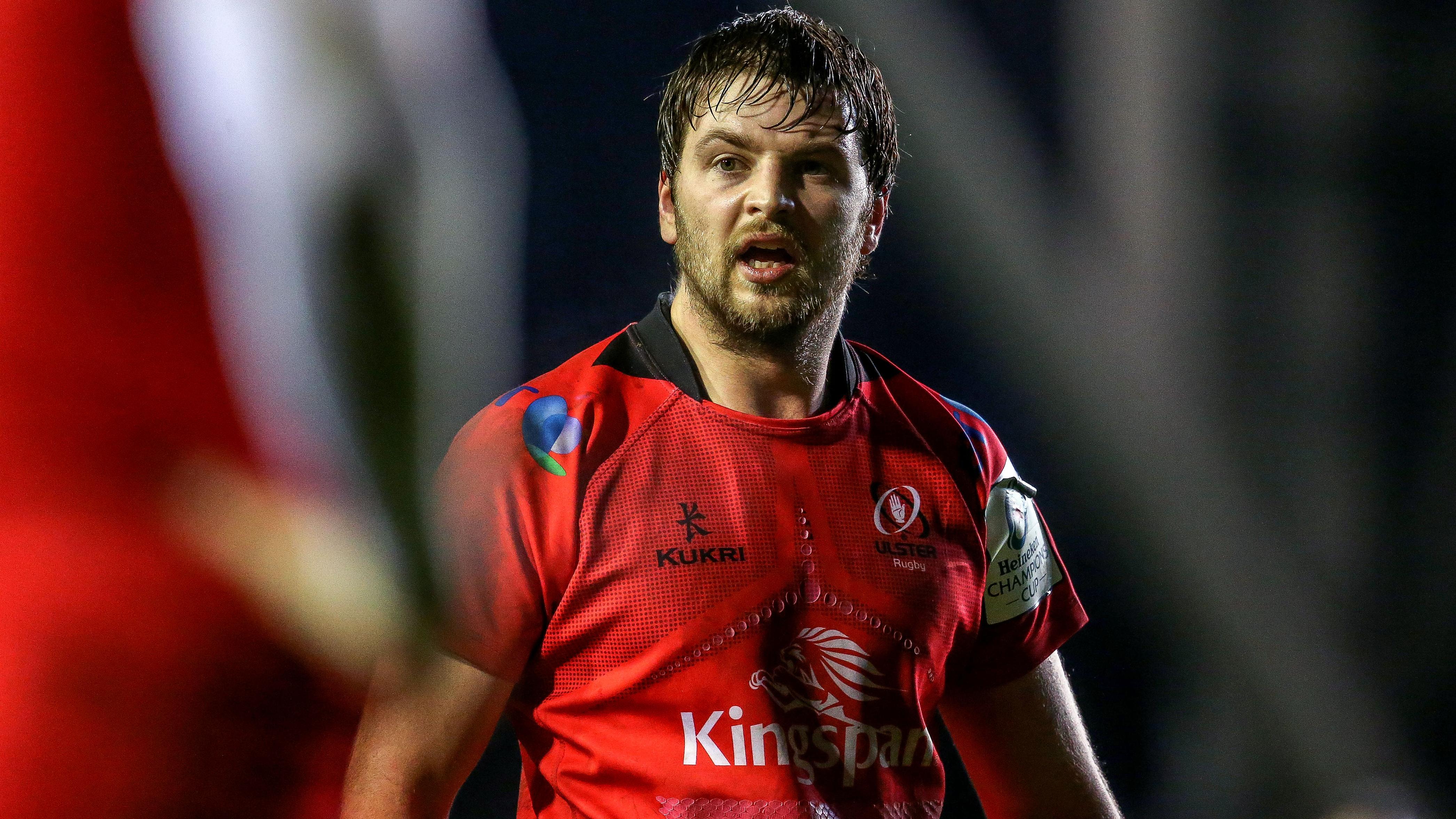 Ulster’s talisman, Iain Henderson, inspired a rousing comeback to defeat Leicester Tigers 14-13 at Welford Road and secure a place in the quarter-finals of the Champions Cup.

Henderson, who was awarded Man of the Match, bolstered the Ulster squad by returning to action weeks earlier than expected following a thumb injury which was expected to rule him out until March.

“It was a goal of mine to come back early. But I genuinely didn’t have any clue that I was coming back and that I would be allowed to play until Tuesday afternoon. It’s good to be back!” said Henderson of his unexpected return.

“Credit to Leicester in the first half they put us under some serious pressure and they went in at half time the better team, in my opinion. Our backs were against the wall and we knew we had to come out and do something.”

Ulster showed greater composure in the second half and were able to turn the game around.

“We knew we just had to stick to what we know we can do, not try and overplay or underplay, so we stuck to our game-plan and it worked out well for us.”

“Even at the start of start of the second half they came out and were going hard, so I think that’s something we expected and we knew they weren’t going to roll over easy.”

Ulster’s first try came from Marty Moore however it was Robert Baloucoune’s try which allowed replacement scrum-half to kick the conversion, putting ulster ahead.

“It’s been quite the experience, I was actually quite surprised to be picked for the Racing game! I’ve taken it as it’s came and it’s nice to get the tries, especially against Racing getting it early. It’s helped me settle in and I’ve gone from there.” said the Abbey Insurance Ulster Rugby Academy winger, speaking after the game.

“(Greg Bateman) was flying there, Jordi got left behind! I still got him, so I didn’t get burnt by a prop which is alright!” laughed Baloucoune.

20 years on from Ulster’s historic European Cup triumph, Henderson spoke of the desire of the ambitious young squad to create their own legacy.

“(Reaching the quarter-finals) has been a big goal since the start of the season, or probably since the last pool game of last season it’s been a target of ours. After the first Racing game, we wanted to win every game going forward in our pool and we’ve done that.”

Henderson added that head-coach, Dan McFarland, has been instrumental in Ulster’s progression.

“Dan has been absolutely fantastic. He has come in and added direction for a lot of the young lads. I was counting in the changing room there, I think there were maybe six or seven who are in their first season in an Ulster jersey.”

Ulster will face Leinster in Dublin in the quarter-final in the final weekend of March. Ulster will first turn their attention to this Friday, when they will face Benneton in the Pro14 at Kingspan stadium.